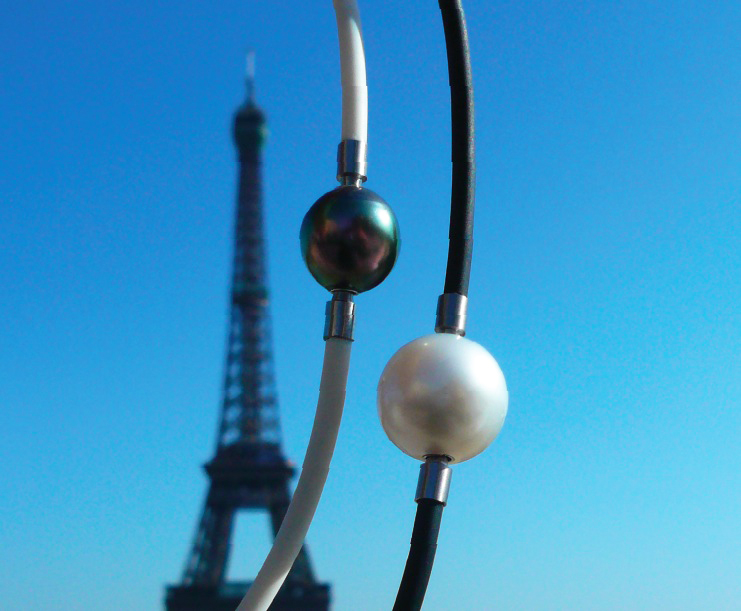 Open, Change, Close
The Interchangeable Clasp made in France

Learn more about Pearls and Stones

Discovering how a STONE becomes a CLASP : cutting, grinding, polishing, drilling, setting and much more. And what are the various TYPES of PEARLS over the world
Choose on white buttons below 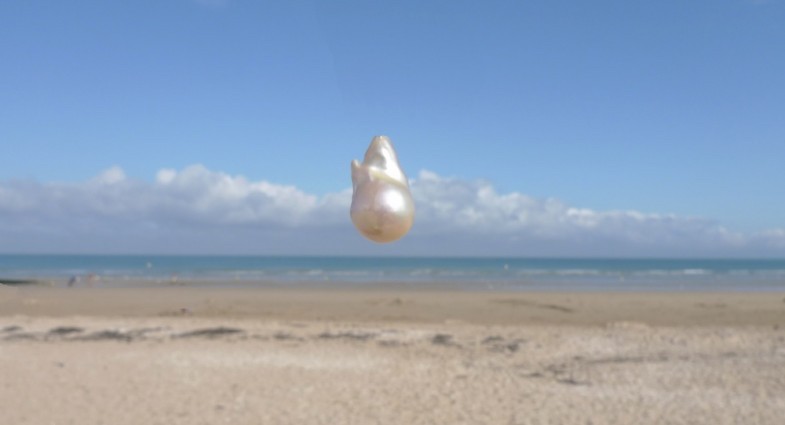 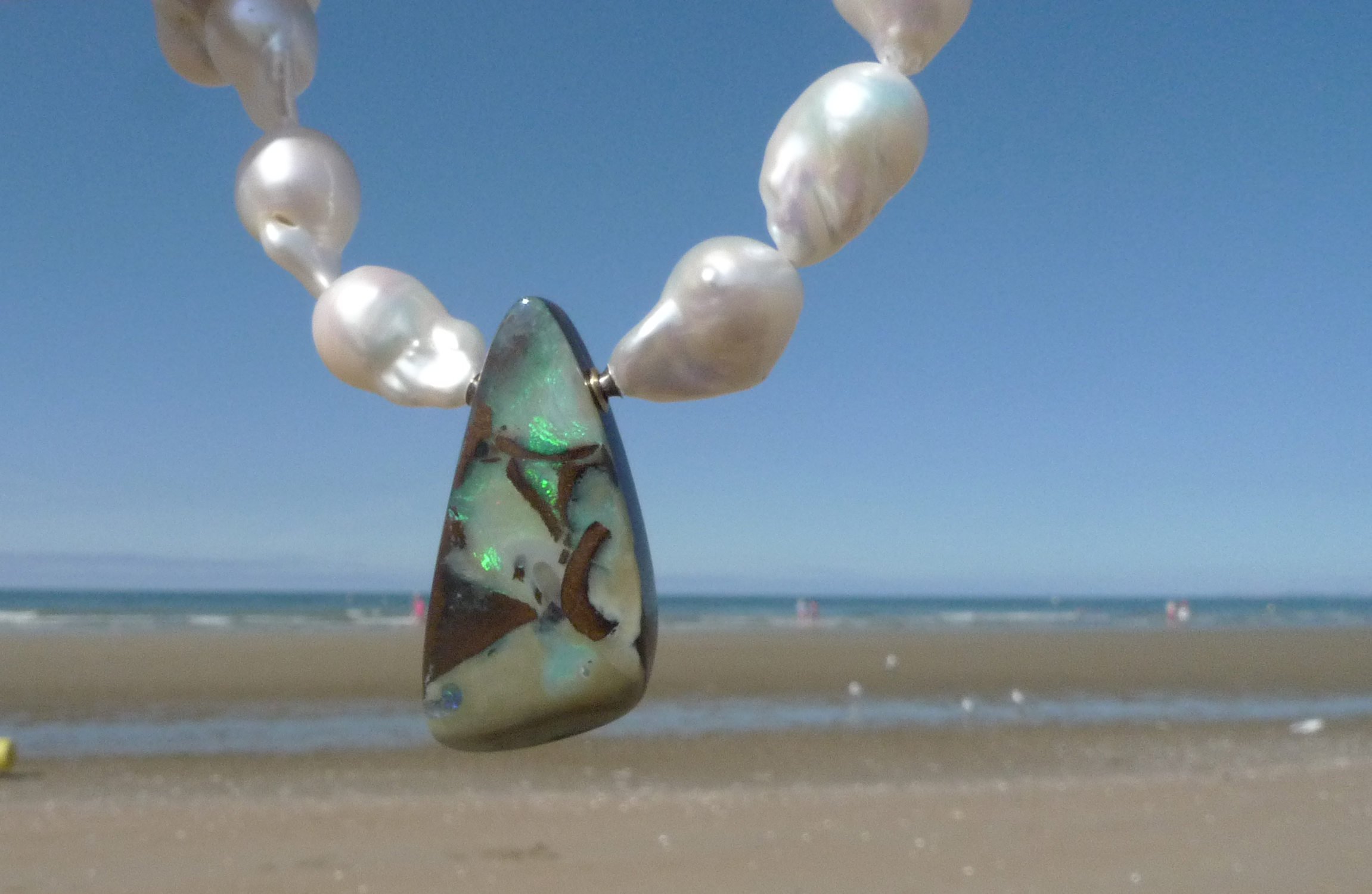 Clasps, 4,000 years of Fasteners in Jewellery

From bronze Age to today Jewellery, 4,700 years studied ; museums, jewelers and contributors from 30 countries. A book the Victoria and Albert museum in London said: "It's a triumph!" and the National Gallery of Art in Washington: "truly spectacular". A story told for the very first time. In ENGLISH and in FRENCH. Shipped to 42 countries and in 39 libraries over the world.
See the e-boutique on image below 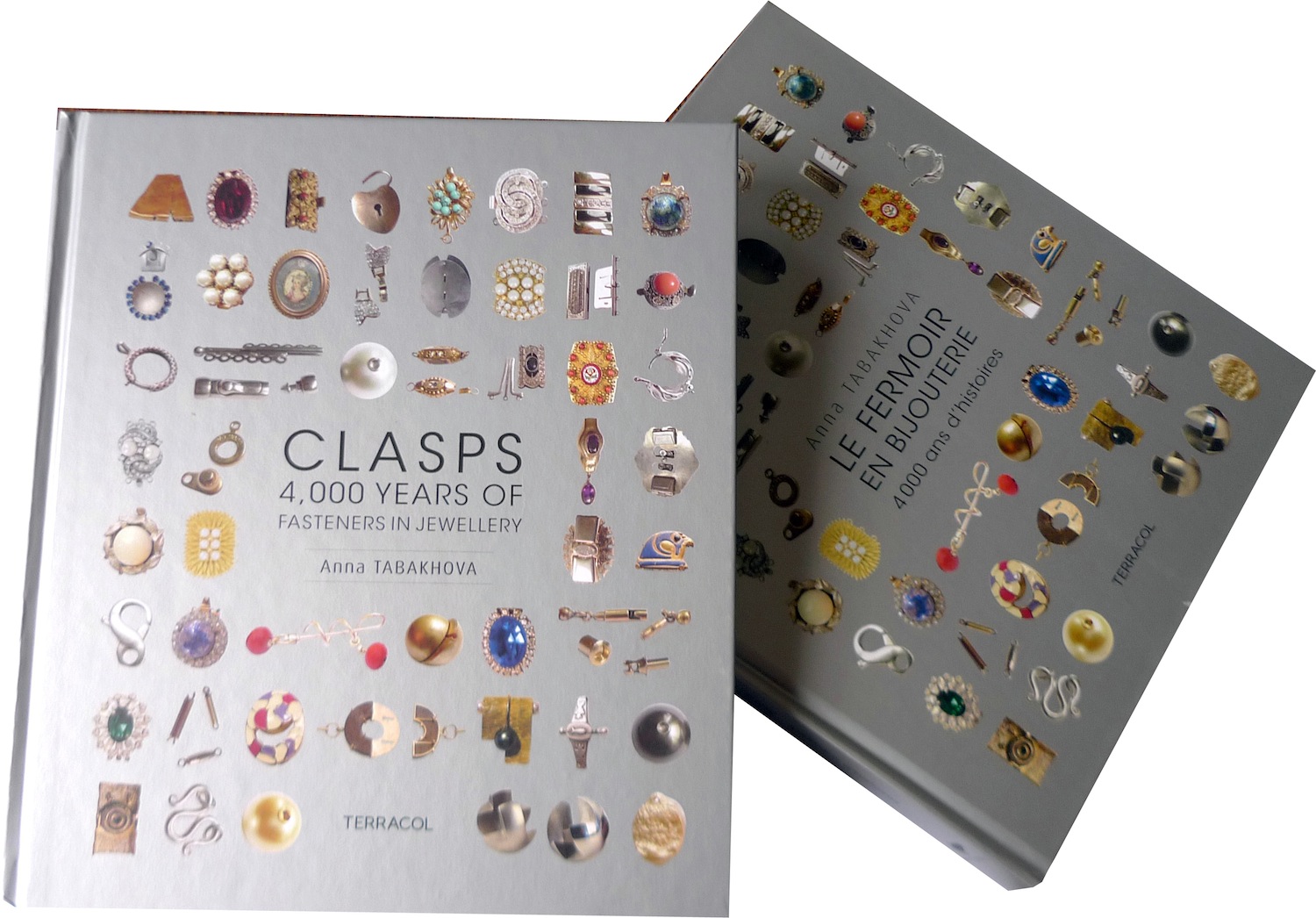 View photo shooting of exhibitions in JAPAN and in FRANCE and what the media say, it's here below.
Choose below 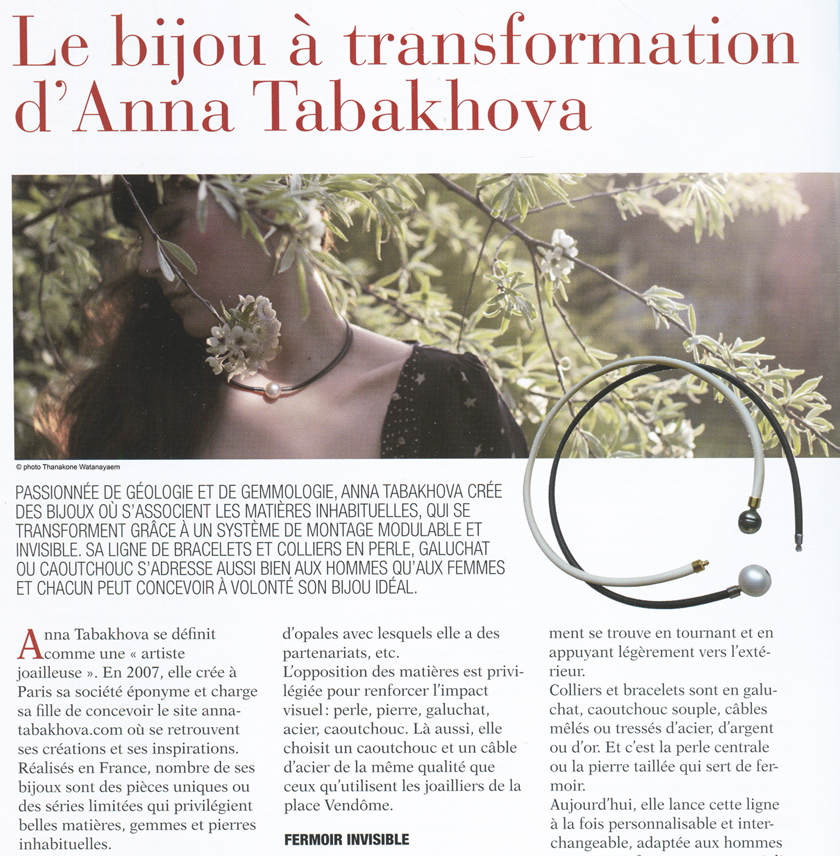 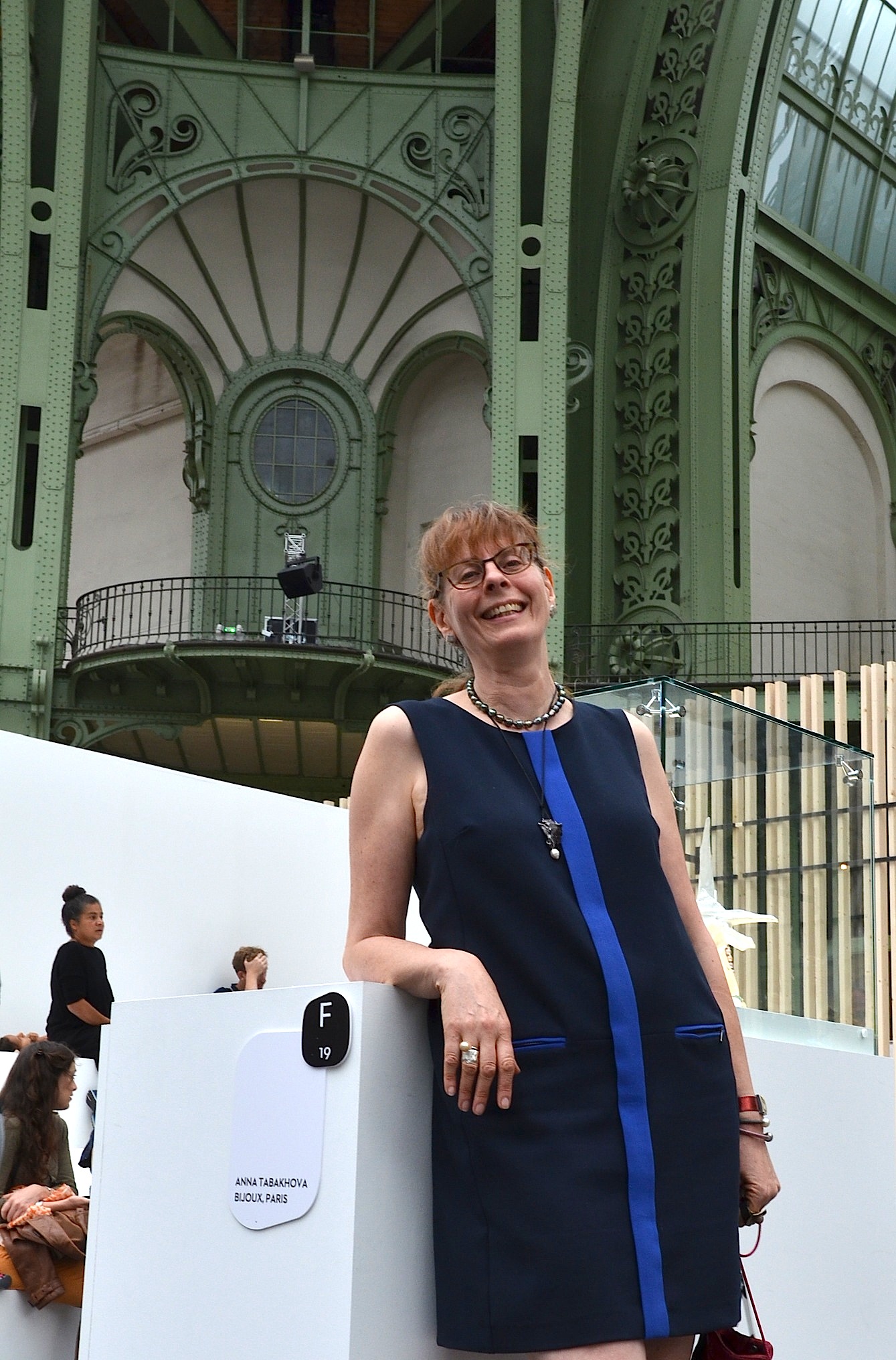 How is it to wear an InterChangeable Clasp for a Russian or Japanese fashion woman ? See also the Chinese, Arab and Corean versions.
Go to the Ambassador page on image below 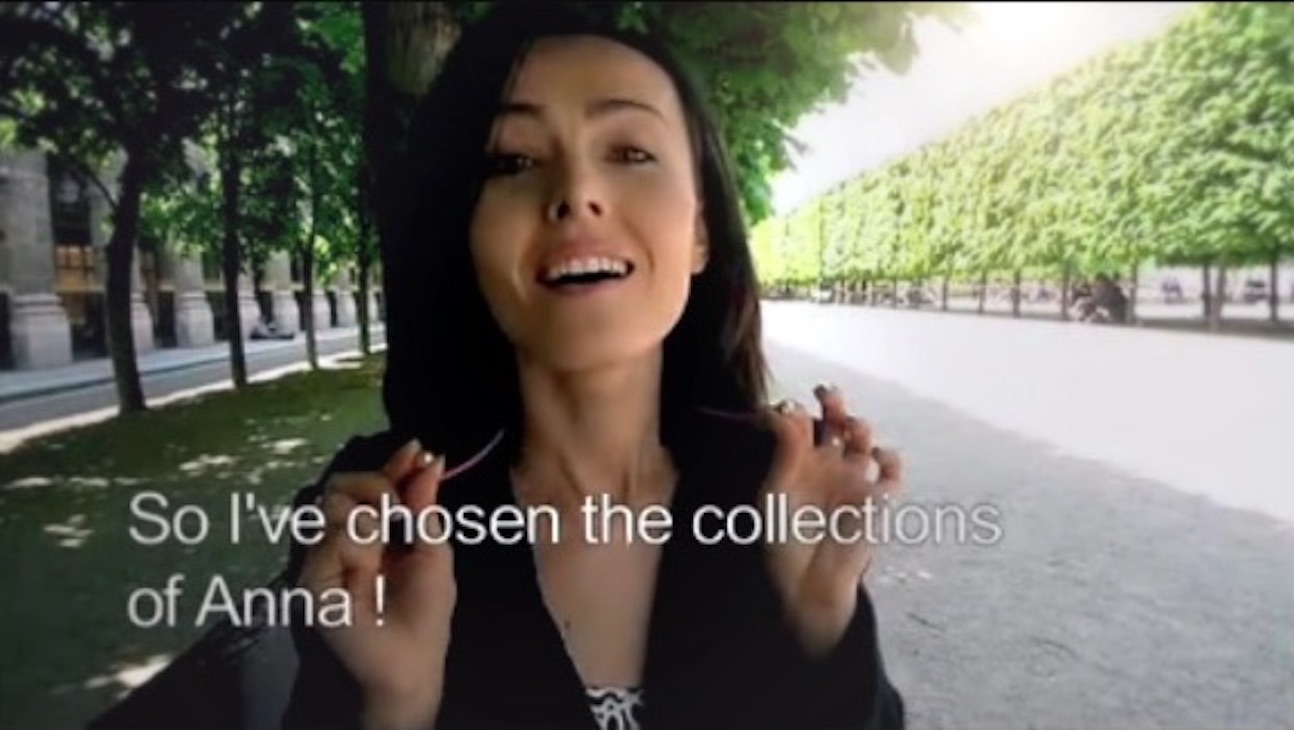 " 22 March 1963: André Malraux inaugurates the Georges Braque jewelry exhibition at the Louvre.
Lost in wonder, I clip pages out of a magazine.
It's my 10th birthday – and also the birthday of a passion for jewelry that's never left me.

A passion that goes from geology to gemology.

Crystalline stone, a mineral created in extreme telluric conditions, and which in turn can generate extreme passions.
Jewelry that brings gems to crystalline perfection, or unusual minerals, aggregates of crystal that are never nondescript, though sometimes neglected – perhaps in need of rehabilitation?

Stones that are polished, pierced, cut, engraved in ways that give them a certain extra soul. A removal of material that brings ever more beauty into being – operations that transform stone into jewelry, and jewelry into paradox.

Jewelry follows the technical progress of humanity, finding aesthetic ways to solve the functional problems that arise, such as those of opening and closing – like a pearl oyster.

Because there's also the pearl, a jewel that's half-animal, half-mineral – a "ready-to-wear" jewel that the Romans called unio, because, according to Pliny, each one was unique.
Pearls shaped by oyster-jewelers – often-irregular spheres. Out of imperfection, beauty is born.

What is jewelry, in fact, if not a paradox, to adore – to adorn? Ultimate objects, inclusions of color, traps for light, attempts to meld the marvels of nature, imagination and technique.

From rock, or atoll, to rock 'n' roll, there's just a stone that rolls, gathering – passion.
I was born in Paris the year of the first rock 'n' roll song, and lucky enough to be a teenager during the euphoric years of English pop.

Rock? A coming together of blacks and whites in music – organized rhythmic assemblages like a promise of reconciliation for humanity. Everything comes together. "